There are few musicians who can make one guitar sound like an entire band. Mart Hillen is one of them: he plays the melody and the bass part, and plays drums on his guitar. Or in the words of radio DJ Giel Beelen: "You can't imagine it, but this all happens on one and the same guitar."
To upgrade his stage performances he recently started using the beautiful Bulldog Music Gear stands. He immediately fell in love with them. Learn more about Mart & Bulldog Music Gear in the following exclusive interview.

‍How did you start playing, how old were you and was there a certain guitarist who triggered that?

I started when I was 8 years old, obligated by my parents. When I was 13, I saw Tommy Emmanuel for the first time. I thought it was so cool what he could do with just 1 guitar and what he could get out of it. In particular 1 song from him, Classical Gas, I found it very beautiful. I practiced that song for a year, until I could play it. Not so coincidentally that I repeated class that year.

I graduated one year and a half ago from the Conservatorium at Enschede. There I studied pop music, but Fingerstyle always had a place in my heart.

Did you always played fingerstyle, or did you play other styles as well?

Multiple playing styles. I always played a lot of acoustic. When I was 8 I started with Spanish guitar, which has been a very good learning school to enhance my technique. After that I started to play electric guitar, pop and rock music but I always continued to play acoustic guitar and that has become my core business now.

My favorite guitar brand is Maton. This is a guitar purely focused to play Fingerstyle. This guitar can both sound warm and sweet, as aggressive and let everything to be heard when playing. The disadvantage of course is, that you also hear all the errors you play.

WhenI first saw the Bulldog Stands, I was immediately impressed. It got stuck in my head because this was something I never saw before. I was surprised by the fact that a guitar stand can be build so elegant and beautiful. What I most like is the “wow-effect” you get when you first see them. You are familiar with guitar stands and tripods, but this is something completely different.

With who would you like to play a duet? (Dead or Alive)

With Tommy Emmanuel, I've played with him once before. The energy and playing pleasure he has is unimaginable.

What is your most memorable moment so far (in your career)?

Winning the Rabo On Stage theater competition. That was one of the first times that I performed in a big theater and it definitely left a big impression on me. From then on I started to focus more on theater, because it is the ideal setting for my kind music. I was 19 at the time and that's where it all started. I received prize money for winning this price and with that money I hired a coach who taught me how to perform on a theater stage. That coach was Leoni Jansen with whom I’m still work today.

‍Where would you like to see yourself in 10 years?

Where I would like to see myself in 10 years is to be the best known acoustic guitar act in the Netherlands. What I would like to see is that it’s accessible to all kinds of audiences: the guitar lovers, but also people who come with their families, from young to old. They often say that if you try to talk to everyone that you are actually talking to no one, that is often true. But I think that if you combine virtuosity on an acoustic guitar with accessibility, energy and playing pleasure, then you can appeal to a very wide audience.

‍Are you going to use the bulldog stands (or locks, etc) in your own interior?

If I do not use the stands on stage, I’ll place them in my living room, which is much nicer than the stands I had before.

‍What do you think of the different Bulldog models (stands, hangers) and types of wood?

What I like about the stands is that there are so many different types of wood and options. I also like the sunburst finish. What I also like is that everything has been thought through, both the standard itself and also the guitar bracket. Adjusting the width of the neck to the material on which the wood rests. 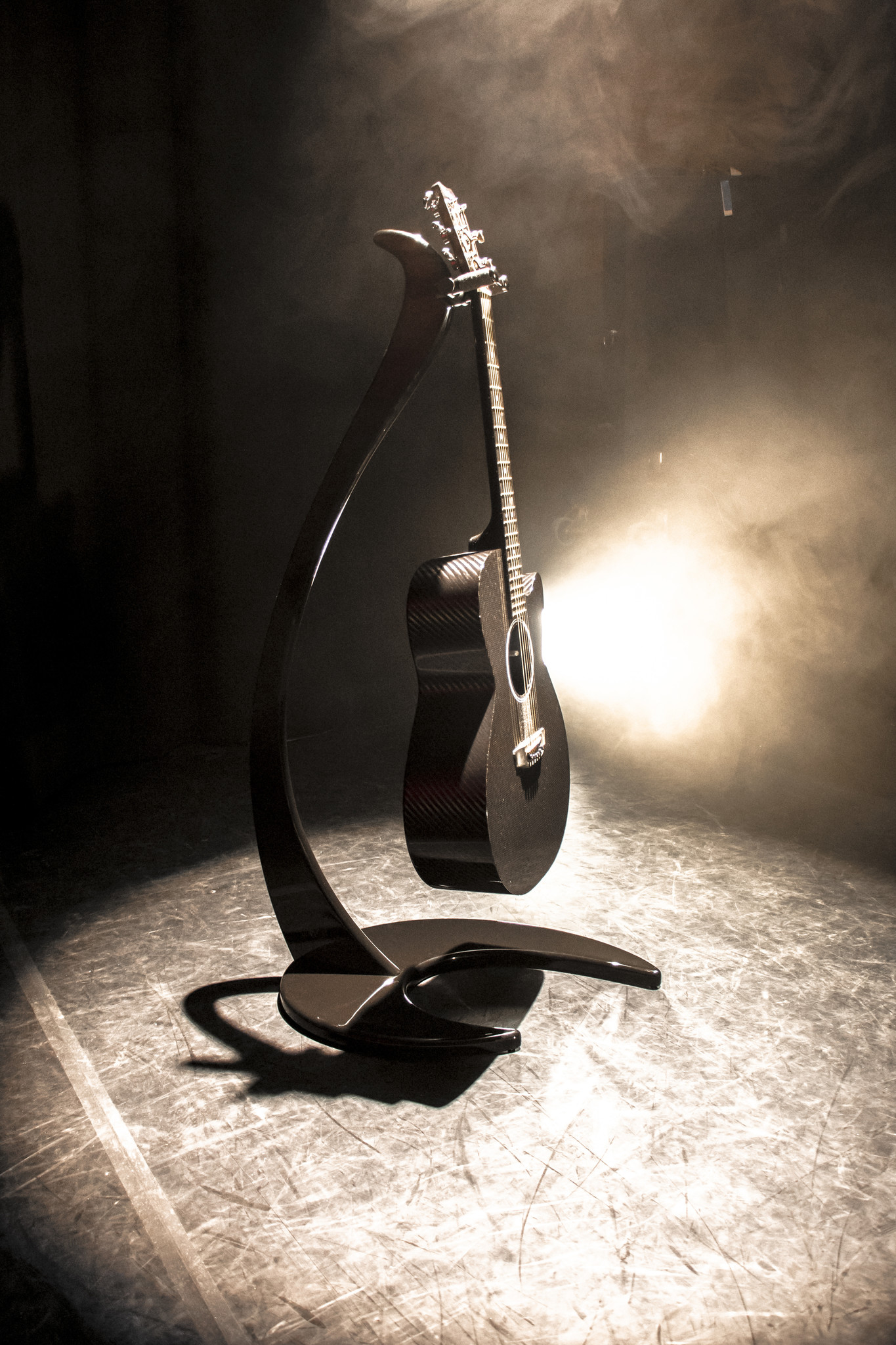